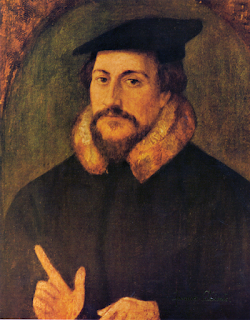 Like a growing number of people in the Reformed churches I did not begin my Christian life there. I began my Christian life in an evangelical (Southern) Baptist setting. As part of my initiation into that culture I was given an explanation for why there are other approaches to reading Scripture, beyond those I saw and experienced in my evangelical Baptist circle. E.g., I was told that Roman Catholics baptized infants but that was purely out of tradition. Ours, I was told, was the biblical practice. When I learned that there were Protestants. however, who did not baptize infants that was more difficult. They too professed to follow Scripture as their principal authority. In those cases I was given a twofold explanation. Some of them, e.g., the mainline Presbyterians (PCUSA), I was told, are liberal and thus, like the Romanists, do not really adhere to Scripture. They baptize infants out of sentiment more than conviction. The others are still under the influence of Romanism. In their Reformation, they did not progress far enough.

Recently, a commenter on the HB raised this last case and explained that she has been taught the claim that Calvin continued to practice infant baptism because he was unable to break away from Roman tradition. Let’s consider this.

John Calvin (1509–64) was born in Noyon, Picardy. He was raised and educated in the Roman communion. Arguably, Luther did not reach anything like his mature Protestant position until 1521, when he defied the Empire and Rome on the basis of the unique, final, and sole authority of Scripture (sola Scriptura) over against ecclesiastical authority and tradition. Naturally, his theology continued to develop and it is not really until 1525 that he hit his stride. In that year he published one of his most significant works, On the Bound Will (De servo arbitrio). In this work one sees many of the great themes that would resonate for the rest of his career and beyond. In 1525, Calvin was just 16 years old. By that point he would have been, by late-modern standards, extraordinarily well educated. He would have had a number of years of Latin instruction and his is reading assignment would baffle most undergraduate students today but it would not be for 11 more years until he published his first work as a Protestant theologian, the first edition of the Institutes of the Christian Religion. Nevertheless, he was only 27 years old when he published it.