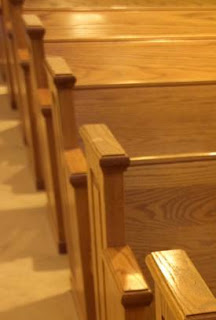 By Dr. David W. Hall - Posted at This Day in Presbyterian History:

“The Essential Rights and Liberties of Protestants” by Elisha Williams (Mar. 30, 1744)

The great grandson of several New England families (John Cotton’s among them), Elisha Williams (1694–1755) graduated from Harvard in 1711. After a brief career of teaching and tutoring in 1722 he became the pastor of a congregational church in Wethersfield, Connecticut, prior to becoming and serving as the Yale rector from 1726-1739. His abilities as a scholar show why Yale was attracted to him, and his acumen shines through in this essay. After 1739, he ended his time at Yale, and some believed he was interested in serving in the Governor’s chair. After his Yale tenure, he served in the Connecticut legislature (1740-1749) and even temporarily as a Connecticut Supreme Court Judge—a pretty uncommon role for a pastor. A year before his death, he served in the Albany Congress with Benjamin Franklin to begin to plan for an American union. This sermon or essay was likely a reaction to a 1742 statute (in a climate of Revivalism) that prohibited pastors from preaching outside of their own pulpit. In what follows, one finds a learned and lucid articulation of the role of government and its interface with religion. Moderns would do well, at least, to be familiar with this.

This message is both one of the earliest and one of the lengthiest of the genre. Delivered a generation prior to military conflicts, this was not a typical sermon (although it is often associated with such because of its overt religious orientation). Williams was attempting to address the challenging relationship of church and state (“the extent of the civil magistrate’s power respecting religion” in his words). Mutually affirming the sole authority of Scripture, while also aware of abuses from an improper union of church and state, Williams set out to defend this proposition: “The more firmly this is established in our minds; the more firm shall we be against all attempts upon our Christian liberty, and better practice that Christian charity towards such as are of different sentiments from us,”