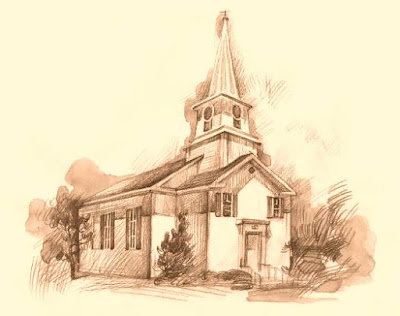 Home Religion was an Important Part of Colonial Presbyterianism

With tens of thousands of Scots–Irish Presbyterians coming to Cumberland County of Pennsylvania, various Presbyterian churches were organized in the seventeen-hundreds through0out central Pennsylvania. One such congregation was Big Spring Presbyterian Church in Newville, just west of Carlisle.

After several pastors filled the pulpit at Big Spring on a temporary basis, a call was finally extended on March 21, 1787 to the Samuel Wilson, with the prayer that he would serve as their full-time pastor. The young man must have shown great promise, for he was not yet even ordained! But after passing his ordination exams at the Presbytery of Donegal, Rev. Wilson was installed as pastor on June 20, 1787. It was said that his pastorate was one of activity and prosperity for the congregation. He labored there at Big Spring for thirteen years—until 1799.

Evidently, Rev. Wilson possessed the gift of administration. He composed long lists, providing the ages of all members and adherents. Dividing them into districts, Samuel Wilson assigned a ruling elder over each district. These elders, among other duties, had the ministry of visiting each family and adherent on an annual basis. These were no social times. Pastor Wilson had given to each elder, and those family members underneath their oversight, various questions of understanding, complete with catechisms to memorize from the Westminster Standards. We have two samples of questions upon which the annual visits would ask and expect answers.