John Bunyan (/ˈbʌnjən/; baptised 30 November 1628 – 31 August 1688) was an English writer and Puritan preacher[1] best remembered as the author of the Christian allegory The Pilgrim's Progress. In addition to The Pilgrim's Progress, Bunyan wrote nearly sixty titles, many of them expanded sermons.

Bunyan came from the village of Elstow, near Bedford. He had some schooling and at the age of sixteen joined the Parliamentary army during the first stage of the English Civil War. After three years in the army he returned to Elstow and took up the trade of tinker, which he had learned from his father. He became interested in religion after his marriage, attending first the parish church and then joining the Bedford Meeting, a nonconformist group in Bedford, and becoming a preacher. After the restoration of the monarch, when the freedom of nonconformists was curtailed, Bunyan was arrested and spent the next twelve years in jail as he refused to give up preaching. During this time he wrote a spiritual autobiography, Grace Abounding to the Chief of Sinners, and began work on his most famous book, The Pilgrim's Progress, which was not published until some years after his release.

The religious tolerance which had allowed Bunyan the freedom to preach became curtailed with the restoration of the monarchy in 1660. The members of the Bedford Meeting were no longer able to meet in St John's church, which they had been sharing with the Anglican congregation.[20] That November, Bunyan was preaching at Lower Samsell, a farm near the village of Westoning, thirteen miles from Bedford, when he was warned that a warrant was out for his arrest. Deciding not to make an escape, he was arrested and brought before the local magistrate Sir Francis Wingate, at Harlington House. The Act of Uniformity, which made it compulsory for preachers to be ordained by an Anglican bishop and for the revised Book of Common Prayer to be used in church services, was still two years away, and the Act of Conventicles, which made it illegal to hold religious meetings of five or more people outside the Church of England was not passed until 1664. Bunyan was arrested under the Conventicle Act of 1593, which made it an offence to attend a religious gathering other than at the parish church with more than five people outside their family. The offence was punishable by 3 months imprisonment followed by banishment or execution if the person then failed to promise not to re-offend. The Act had been little used, and Bunyan's arrest was probably due in part to concerns that non-conformist religious meetings were being held as a cover for people plotting against the king (although this was not the case with Bunyan's meetings).[21]

The trial of Bunyan took place in January 1661 at the quarter sessions in Bedford, before a group of magistrates under John Kelynge, who would later help to draw up the Act of Uniformity.[22] Bunyan, who had been held in prison since his arrest, was indicted of having "devilishly and perniciousy abstained from coming to church to hear divine service" and having held "several unlawful meetings and conventicles, to the great disturbance and distraction of the good subjects of this kingdom".[23] He was sentenced to three months imprisonment with transportation to follow if at the end of this time he didn't agree to attend the parish church and desist from preaching.[24]

As Bunyan refused to agree to give up preaching, his period of imprisonment eventually extended to 12 years and brought great hardship to his family. Elizabeth, who made strenuous attempts to obtain his release, had been pregnant when her husband was arrested and she subsequently gave birth prematurely to a still-born child.[25] Left to bring up four step-children, one of whom was blind, she had to rely on the charity of Bunyan's fellow members of the Bedford Meeting and other supporters and on what little her husband could earn in gaol by making shoelaces. But Bunyan remained resolute: "O I saw in this condition I was a man who was pulling down his house upon the head of his Wife and Children; yet thought I, I must do it, I must do it".[26]

Bunyan spent his 12 years' imprisonment in Bedford County Gaol, which stood on the corner of the High Street and Silver Street. There were however occasions when he was allowed out of prison, depending on the gaolers and the mood of the authorities at the time, and he was able to attend the Bedford Meeting and even preach. His daughter Sarah was born during his imprisonment (the other child of his second marriage, Joseph, was born after his release in 1672).[27]

In prison, Bunyan had a copy of the Bible and of John Foxe's Book of Martyrs, as well as writing materials. He also had at times the company of other preachers who had been imprisoned. It was in Bedford Gaol that he wrote Grace Abounding and started work on The Pilgrim's Progress, as well as penning several tracts that may have brought him a little money.[28] In 1671, while still in prison, he was chosen as pastor of the Bedford Meeting.[29] By that time there was a mood of increasing religious toleration in the country and in March 1672 the king issued a declaration of indulgence which suspended penal laws against nonconformists. Thousands of nonconformists were released from prison, amongst them Bunyan and five of his fellow inmates of Bedford Gaol. Bunyan was freed in May 1672 and immediately obtained a licence to preach under the declaration of indulgence.[30]

Excerpt below is from John Bunyan: Pilgrim who made progress in prison - Posted at Christianity Today/ Christian History:

Prison: a mixed blessing
Bunyan's rise as a popular preacher coincided with the Restoration of Charles II. The freedom of worship Separatists had enjoyed for 20 years was quickly ended; those not conforming with the Church of England would be arrested. By January 1661, Bunyan sat imprisoned in the county jail.

The worst punishment, for Bunyan, was being separated from his second wife (his first had died in 1658) and four children. "The parting ... hath oft been to me in this place as the pulling the flesh from my bones," he wrote. He tried to support his family making "many hundred gross of long tagg'd [shoe] laces" while imprisoned, but he mainly depended on "the charity of good people" for their well-being.

Bunyan could have freed himself by promising not to preach but refused. He told local magistrates he would rather remain in prison until moss grew on his eyelids than fail to do what God commanded.

Still, the imprisonment wasn't as bad as some have imagined. He was permitted visitors, spent some nights at home, and even traveled once to London. The jailer allowed him occasionally to preach to "unlawful assemblies" gathered in secret. More importantly, the imprisonment gave him the incentive and opportunity to write. He penned at least nine books between 1660 and 1672 (he wrote three others—two against Quakers and the other an expository work—before his arrest).

Profitable Mediations, Christian Behavior (a manual on good relationships), and The Holy City (an interpretation of Revelation) were followed by Grace Abounding to the Chief of Sinners, considered the greatest Puritan autobiography. But from 1667 to 1672, Bunyan probably spent most of his time on his greatest legacy, The Pilgrim's Progress. 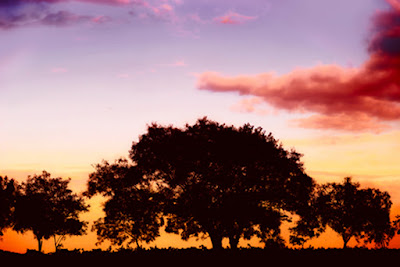