The Mission of the Church, by J. Gresham Machen 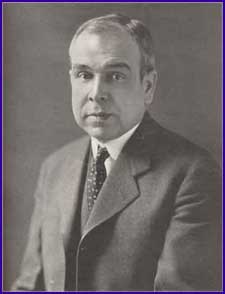 Before we can consider the mission of the Church, we must determine what the Church is. What are its limits? What forms a part of it and what does not? Where is the true Christian Church to be found?

Now the Presbyterian Church in the United States of America has certainly not become a synagogue of Satan. The hostile forces in it are indeed very powerful, and in some sections of it they are dominant, but the majority is still Christian. But the point is that we have absolutely no warrant in Scripture for holding that the Christian character of this particular Church or of any other particular Church will necessarily be preserved. The question whether this Church will remain Christian or will become non-Christian (as so many other ecclesiastical bodies throughout the world have done) will probably be determined in the next five or ten years. If the indifferentist party continues (working with the Modernists) to dominate the Church, as it did (so far as administrative matters are concerned) by a slight majority at our last General Assembly, and as it does so generally in the Boards and Agencies, if the great issue continues to be concealed, then the Church will soon become non-Christian; but if, on the other hand, the issue is plainly raised and is decided aright, then the Church will continue to be a Church of Jesus Christ.

But what needs to be carefully observed is that the Church universal is not bound to any one organization. Our Lord established that fact in a great passage in the Gospels, which is often misused. A man was casting out demons in the name of Christ. The disciples bade Jesus rebuke him because he followed not with them. But Jesus said: “Forbid him not, . . . he that is not against us is on our part.” That utterance is sometimes held to support doctrinal indifferentism–to support the absurd view that a man can be a real disciple of Jesus no matter what opinions he holds about Jesus. But such a use of the passage is quite preposterous. That man in the Gospel held no low view of Jesus, such as is held by the Modernists of to-day. On the contrary, he held a high view of Jesus, since he believed that Satan was subject to Jesus’ name. He certainly had a very lofty creed. There is not the slightest reason to suppose that he differed in doctrine from the rest of the disciples. His fault from the point of view of the disciples was not that he was heretical, but that he was entirely too zealous; his only fault was that he followed not with them, that he did not obey their behests, that he was not–to put the thing in modern language–subservient to their committees. But Jesus accepted him as a disciple, and in so doing he spoke the mightiest word against organizational Church union that has ever been spoken. There are those to-day who cherish the notion of one universal Church organization, mapping out the work for the whole world through some central committee, assigning a place to every man and allowing no place whatever for the Spirit of God, trying to bring all Christendom under its sway. I am bound to say frankly that for my part I regard it as a depressing and hateful dream. It is the greatest obstacle in the world, I think, to the realization of our Lord’s high-priestly prayer that “they all may be one.” God grant that the dream may not come true! God grant that the Christian Church upon this earth may not be brought under one organization! God grant that liberty may be preserved, and that when we contemplate groups of Christians large or small who prefer to do things in their own way, we may remember the words of the Lord Jesus Christ, how he said, “Forbid him not, . . . he that is not against us is on our part.”