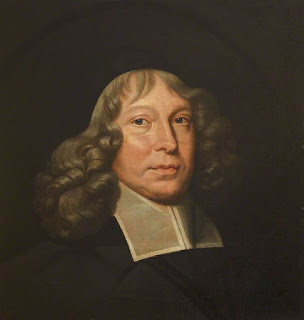 Christ, Even After Universal Judgment, Is a Mediatory Head, King, and Lord

The Son (saith Camero) shall leave off to reign, quod attinet ad regnandi actum, according to the act of reigning, but as touching the Kingdom itself, there shall be no end of the Kingdom.

But it may appear as there was a time when it was said of Christ, Philippians 2:7, He emptied himself, and took on him the form of a servant. So there is a time opposite to that, Philippians 2:9, Therefore God hath highly exalted him: which is not fulfilled in his resurrection, ascension, and sitting only at the right hand of God, but when all power, friends, and unfriends, and the Man Christ shall be subject to the Lord, yea even the Son, not as God, for Christ-God is equal with the Father, not as man, for so in the days of his flesh as man, he ever was, and is, and shall be subject to God, but the Son shall be subject, as touching the Office of a formal Mediator.

Another distinction is here needful, as Augustine and Ambrose: he shall render the Kingdom to the Father, not that he shall leave off to reign, but that he then shall declare that he reigns not of himself, but that he hath his power of reigning from the Father, and he shall profess this before men and Angels, and so shall glorify the Father. Its not to be rejected that Hilarius, lib 1. De Trinit. 11. August. Lib. Detrrinit. C. 8. He shall render the elect back to God, as now saved, and present to the Father his ransomed ones now perfected, so Ephesians 5:27