True Righteousness vs. The Counterfeits of Conversion, Including that of a False Regeneration. 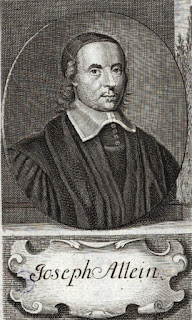 Posted at Regeneration, Repentance and Reformation:

Taken, adapted, condensed, and brought into modern English, from, “A Sure Guide to Heaven” Written by, Joseph Alleine

And truly my beloved, the Devil has made many counterfeits of this Conversion…

…and he cheats some with this, and another with that. Such is the craft and artifice he has, that in this mystery of deceits, if it were possible, he would deceive the very elect. Now if I may cure the damnable mistakes of some, –who think they are converted when they are not, as well as remove the troubles and fears of others, that think they are not converted when they are; I shall show you the nature of conversion, and we will begin with the Negative.

1. It is not the taking upon us the profession of Christianity.

Doubtless Christianity is more than a name. If we will hear Paul, it lies not in word, but in power, –1 Cor. 4:20. If it was to cease from being Jews and Pagans, and to put on the Christian Profession had been true conversion, (as this is all, that some would have us to understand) who better Christians than they of Sardis and Laodicea? These were all Christians by profession, and had a name to live, but because they had only a name, they are condemned by Christ, and are threatened to be spewed out, –Rev. 3:1, 16.

And are there not many that name the name of the Lord Jesus, but are not yet departed from iniquity? –2 Tim. 2:19. And do they not profess that they know God, but in their works deny him? –Titus 1:16. And will God receive them as true converts, because they have merely turned to the Christian Religion?

What, kind of person converts from sin, and yet still lives in sin? This is a visible contradiction. Surely if the lamp of profession would have served the turn, the foolish Virgins had never been shut out, –Matthew 25: 3, 12.

We find not only professors but Preachers of Christ and Wonder-workers cast out, because of their evil works. –Matthew 7:22, 23.