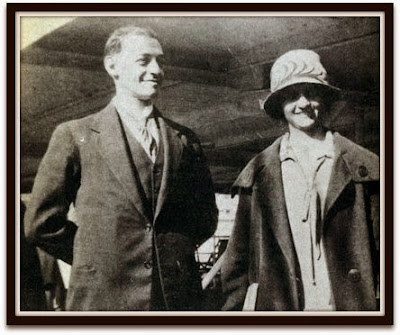 "I like those words, ‘Our life is like the weaver’s web’ for it is so true to life. We only see the wrong side of the fabric now, for the Weaver has not finished his work. But in the Day to come, where we shall see it from his side, then we shall behold the beauty of his work and not the knots and ends which our sins and failures have caused.” -Vera E. Pink in a letter to a friend 1


It's been said “Behind every great man there stands a great woman” and this was certainly true of the humble and dedicated writer Arthur W. Pink. This unique man was theologically out of sync with most of his contemporaries and lived most of his life in obscurity. He embraced the writings of the long forgotten Puritans and the Doctrines of Grace in an era when most Evangelical churches were Arminian, if not liberal. Though he has been criticized for his isolationism and lack of formal education, Pink's writings were appreciated and highly recommended by such men as Dr. Martyn Lloyd-Jones.

Pink was born in 1886 in Nottingham, England, and later came to America to attend Moody Bible Institute in Chicago. His stint at college lasted just 6 weeks before he felt he was wasting his time and decided to enter the ministry. His first charge was in Colorado and from there he preached in California and England and pastored churches in South Carolina, rural Kentucky, and later in Australia. It was during his brief pastorate in Kentucky in 1916 that God answered his prayer for “a godly and spiritual wife”2 by giving him Vera E. Russell, “a slightly-built, vivacious Christian, who spoke with a rich Kentucky drawl.”3