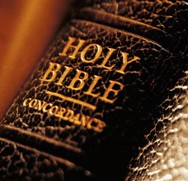 "The glorious gospel of the blessed God, which he entrusted to me." 1 Timothy 1:11


Most of the so-called evangelism of our day is a grief to genuine Christians, for they feel that it lacks any scriptural warrant, that it is dishonoring unto God, and that it is filling the churches with empty professors! They are shocked that so much frothy superficiality, fleshly excitement and worldly allurement should be associated with the holy name of the Lord Jesus Christ. They deplore the cheapening of the Gospel, the beguiling of unwary souls, and the carnalizing and commercializing of what is to them, ineffably sacred. It requires little spiritual discernment to perceive that the evangelistic activities of Christendom during the last century have steadily deteriorated from bad to worse—yet few appear to realize the root from which this evil has sprung. It will now be our endeavor to expose the same. Its aim was wrong, and therefore its fruit faulty.

The grand design of God, from which He never has and never will swerve, is to glorify Himself—to make manifest before His creatures what an infinitely glorious Being He is. That is the great aim and end He has—in all that He does and says. For that, He allowed sin to enter the world. For that, He willed His beloved Son to become incarnate, render perfect obedience to the divine law, suffer and die. For that, He is now taking out of the world a people for Himself, a people which shall eternally show forth His praises. For that, everything is ordered by His providential dealings. Unto that, everything on earth is now being directed, and shall actually affect the same. Nothing other than that, is what regulates God in all His actings: "For from Him and through Him and to Him are all things. To Him be the glory forever! Amen." (Romans 11:36).

This grand and basic truth is written right across the Scriptures with the plainness of a sunbeam, and he who sees it not is blind. All things are appointed by God—for His glory. His saving of sinners is not an end in itself, for God would have been no loser had every one of them eternally perished. No, His saving of sinners is but a means unto an end—"to the praise of the glory of His grace!" (Eph. 1:6).

Now from that fundamental fact, it necessarily follows that we should make the same our aim and end: that God may be magnified by us—"Whatever you do, do all to the glory of God" (1 Cor. 10:31). In like manner, it also follows that such must be the preacher's aim, and that everything must be subordinated thereto, for everything else is of secondary importance and value. But, is it so?

If the evangelist fails to make the glory of God his paramount and constant aim, he is certain to go wrong, and all his efforts will be more or less a beating of the air. When he makes an end of anything less than that, he is sure to fall into error, for he no longer gives God His proper place. Once we fix on ends of our own, we are ready to adopt means of our own. It was at this very point, that evangelism failed two or three generations ago, and from that point it has farther and farther departed. Evangelism made "the winning of souls" its goal, its summum bonum, and everything else was made to serve and pay tribute to the same. Though the glory of God was not actually denied, yet it was lost sight of, crowded out, and made secondary. Further, let it be remembered that God is honored in exact proportion as the preacher cleaves to His Word, and faithfully proclaims "all His counsel," and not merely those portions which appeal to him.