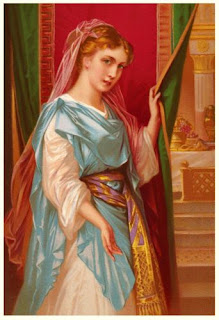 1 Peter 3:1–6
1Likewise, wives, be subject to your own husbands, so that even if some do not obey the word, they may be won without a word by the conduct of their wives, 2when they see your respectful and pure conduct. 3Do not let your adorning be external—the braiding of hair and the putting on of gold jewelry, or the clothing you wear— 4but let your adorning be the hidden person of the heart with the imperishable beauty of a gentle and quiet spirit, which in God’s sight is very precious. 5For this is how the holy women who hoped in God used to adorn themselves, by submitting to their own husbands, 6as Sarah obeyed Abraham, calling him lord. And you are her children, if you do good and do not fear anything that is frightening (ESV).


Just as soon as Peter completes one thought, which is bound to be quite controversial in our late-modern culture of identity politics, he plunges us into another potential controversy: how we present ourselves to the world. In our culture, few things are as valued as they power and freedom to change the way we present ourselves to the world. Both businesses and individuals are said to have a “brand.” We carefully craft social-media images to create an impression about who we are. For some years now there has been a trend toward tattoos and body piercing and any criticism of these practices is strongly resisted.

Nevertheless, Peter does touch on this area. In the Greco-Roman world, as we noted in the previous installment, marriages were contracted between older men and younger women. In our culture women are postponing marriage until their late 20s and or early 30s. In the ancient world, however, they were likely to be married, in our terms, just out of middle school. They faced a temptation to adorn themselves ostentatiously in order to get a husband and economic security.1 Respected Stoic authors such as Seneca and Epictetus warned against this practice as did the Apostle Paul (1 Tim 2:9).2