The Atonement: Was the Sin Question Finally Settled at the Cross? 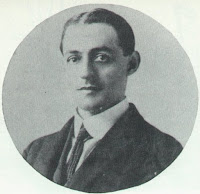 It is unspeakably sad that the atoning death of the Lord Jesus Christ-the most wonderful event that has ever happened or will happen-should have been made the occasion of contention and controversy. That it has been so, affords an awful example of human depravity. The more so, that throughout the centuries of this Christian era, some of the hottest theological battles have been waged over the vital truth of the Atonement.

Speaking generally, only two views or interpretations of the Cross have received much favor among the professed people of God: the one which affirmed that the Atonement was effected to make certain the salvation of all who believe; the other which supposed that atonement was made in order to make possible the salvation of all men. The former is the strict Calvinist view; the latter, the Arminian. Even here, the difference was not merely one of terms, but of truth over against error. The one is definite and explicit; the other indefinite and intangible. The one affirms an Atonement which actually atones (i. e. fully satisfied God for those on whose behalf it was made); the other predicates an Atonement which was a sorry failure, inasmuch as the majority of those on whose behalf it was supposed to be offered, perish notwithstanding. The logical and inevitable corollary of the one is a satisfied, because triumphant Savior; the other (if true) would lead, unavoidably, to a disappointed, because defeated Savior. The former interpretation was taught by such men as Wickcliff, Calvin, Latimer, Tyndale, Bunyan, Owen, Dodderidge, Jonathan Edwards, Toplady, Whitefield, Spurgeon, etc. The latter by men who, as theologians, were not worthy to unloose their shoes.

Of late, a new theory has been propounded to the Christian public, a theory which approximates perilously near that of the Universalists. Erroneously based upon a few texts whose scope is confined to the people of God, the view which is now rapidly gaining favor in circles which are regarded as orthodox, is to the effect that, at the Cross, the sin question was fully and finally settled. We are told, and told by men who are looked up to by many as the champions of orthodoxy, that all the sins of all men were laid upon the crucified Christ. It is boldly affirmed that at the Cross the Lamb of God did as much for those who would not believe, as He did for those who should believe on Him. It is dogmatically announced that the only grievance which God now has against any man, is his refusal to believe in the Savior. It is said that the single issue between God and the world, is not the sin question, but the Son question.

We have said that this theory of the Atonement is a new one, and new it surely is. So far as the writer is aware, it was never propounded, at least in orthodox circles, till within the last two or three decades. It appears to be another product of this twentieth century, and like most if not all other of them, it is far inferior to what went before. Yet, strange to say, an appeal is made to the Holy Scriptures in support of it. But in one way we are thankful for this, inasmuch as the Word of God supplies us with an infallible rule by which we may measure it. We shall, therefore, examine this strange and novel theory in the light of Holy Writ, and doing this, it will not be difficult to show how thoroughly untenable and fallacious it is.