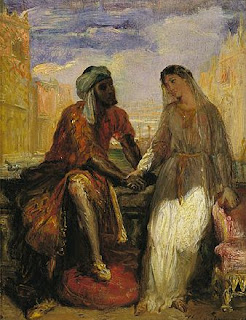 1Peter 3:7  Likewise, husbands, live with your wives in an understanding way, showing honor to the woman as the weaker vessel, since they are heirs with you of the grace of life, so that your prayers may not be hindered. (ESV).


v.7: Christian Husbands and Wives
Throughout this epistle question before Peter and before the congregations in (what we know as) Turkey is how they ought to live in light of their redemption, in view of eternity, in a predominantly pagan setting as they worship and serve their redeemer and wait patiently for his return. To this point in chapter 3 Peter has been instructing Christian women how to relate to their husbands, particularly to unbelieving husbands. Verse 7, however, assumes a believing husband and, most likely, a believing wife.

In our post-feminist, late-modern context this language might seem somewhat patronizing or even demeaning but Peter was not writing to our context—he was writing to a very different culture. As noted earlier in this chapter, in first-century Greco-Roman culture the ideal was that a 25–30 year old man would marry a young girl, whom he might not even know, about 14 years old. Thus, there was often a significant age discrepancy between husbands and wives. Further, marriages were not contracted in the way that has become familiar to us. Thus, we cannot assume our cultural practices and norms and then, on that basis judge Peter’s language. On the assumption that these congregations were composed, at least in part, of former pagans then it would have been important for Peter to explain the difference between the way pagan men considered their wives and the way Christian men are to regard their wives. As my friend and colleague Steve Baugh reminded me yesterday, in pagan literature, men often discussed their wives as though they were complete strangers.