The Waldensians – their antiquity and faith through time immemorial

By Maria Tatham - Posted at Pilgrim’s Progress revisited – Christiana on the narrow way:

With this post I’m returning to The Pilgrim Church by E.H. Broadbent. Here is a passage from his chapter on the “WALDENSES & ALBIGENSES.” 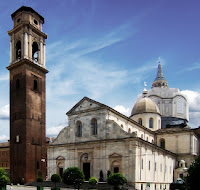 ANTIQUITY of the WALDENSES

… A Prior of St. Roch at Turin [Italy], Marco Aurelio Rorenco, was ordered in 1630 to write an account of the history and opinions of the Waldenses. He wrote that the Waldenses are so ancient as to afford no absolute certainty in regard to the precise time of their origin, but that, at all events, in the ninth and tenth centuries they were even then not a new sect. And he adds that in the ninth century so far from being a new sect, they were rather to be deemed a race of fomenters and encouragers of opinions which had preceded them. Further, he wrote that Claudius [Bishop] of Turin was to be reckoned among these fomenters and encouragers, inasmuch as he was person who denied the reverence due to the holy cross, who rejected the veneration and invocation of saints, and who was a principal destroyer of images. In his commentary on the Epistle to the Galatians, Claudius plainly teaches justification by faith, and points out the error of the Church in departing from that truth.

The brethren in the valleys never lost the knowledge and consciousness of their origin and unbroken history there. When from the fourteenth century onward the valleys were invaded and the people had to negotiate with surrounding rulers, they always emphasized this. To the Princes of Savoy, who had had the longest dealings with them, they could always assert without fear of contradiction the uniformity of their faith, from father to son, through time immemorial, even from the very age of the apostles.