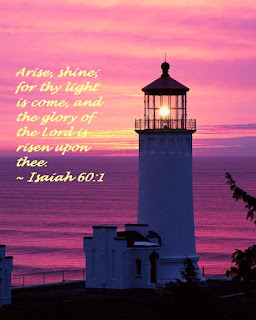 "Knowing the time—that now it is high time to awake out of sleep; for now is our salvation nearer than when we believed." Romans 13:11


TIME, like an ever-running stream, is perpetually gliding on, and hurrying each of us into the boundless ocean of eternity! We are now entering upon one of those imaginary lines of division, which men have drawn to measure out TIME for their own convenience; and, while we stand upon the threshold of a new year, it befits us to make a solemn contemplative pause; though time can make no pause—but rushes on with its usual velocity. Let us take some suitable reviews and prospects of time past and future, and indulge such reflections as our transition from year to year naturally tends to suggest.

The grand and leading reflection is that in the text, with which I present you as a New-Year's Gift: "Knowing the time—that it is now high time to awake out of sleep!"

The connection of our text is this—The apostle, having enjoined sundry duties of religion and morality, subjoins this consideration, namely—that the time remarkably required them, as if he should say, "Be subject to magistrates, and love one another, and that because, knowing the time, that it is now high time, or the proper hour, to awake out of sleep. A sleepy negligence as to these things is peculiarly unreasonable at such a time as this!"

The Romans, to whom this epistle was written, were Christians indeed; they were such, whose salvation the apostle could point at as near approaching: "Now," says he, "is your salvation nearer than when you believed." And yet he calls even upon such to awake out of sleep. The fact is, that even sincere Christians are too often apt to fall into a spiritual lethargy. They contract an indolent, dull, lazy disposition, as to the duties of religion and divine things. Sometimes their love languishes, their zeal cools, and they become remiss or formal in their devotions.

Now such a state of dullness and inactivity is often represented by the metaphor SLEEP; because as sleep disables us from natural actions, and blunts our physical senses. Just so, this spiritual sleep indisposes the soul for the service of God and spiritual sensations.

Hence it follows, that to awake out of sleep, signifies to rouse out of carnal security, to shake off spiritual sloth, and to engage in the concerns of true religion with vigor and full exertion, like men awake.

And as even Christians are too often liable to fall into some degrees of spiritual sleep, as they often nod and slumber over the great concerns of piety, which demand the utmost exertion of all their powers, notwithstanding the principle of divine life implanted in them, there is great need to call even upon them to awake. Thus the apostle rouses the Roman Christians, including himself among them, as standing in need of the same excitation. It is high time for us, says he, that is, for you and I, to awake out of sleep!