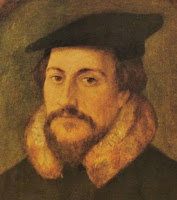 
The movement that has come to be known as the "Federal Vision" came to the attention of many in Presbyterian and Reformed circles following a pastor's conference at Auburn Avenue Presbyterian Church (PCA) in Monroe, Louisiana, in January 2002. The word federal means "covenantal." Federal Vision proponents seek to revitalize and develop the doctrines of the covenant and the church.

There are some legitimate concerns that the Federal Vision has raised, especially in our current ecclesiastical context. Being afflicted as we are, in this land, with a low view of the church, the Federal Vision proponents strike significant chords in support of a high view of the means of grace and of the visible church. They eschew a view of the church that would stress the invisible at the expense of the visible and that would exalt the individual and the subjective above the corporate and the objective. They rightly observe that much of the church is afflicted with a low view of the means of grace (especially preaching and the sacraments), the obligation to live holy lives, and the inseparability of justification and sanctification. The solution to these problems, however, lies in the historic Reformed faith at its best. While even Reformed and Presbyterian churches may suffer from what ails the broader body of evangelical churches, they do so not because of their theology but in spite of it.

The problem with the Federal Vision is its tendency to overreact to problems in broader evangelicalism and in certain Reformed circles. For example, subjectivism is rejected by embracing an exaggerated objectivism. The proponents of the whole Federal Vision program routinely seek a theological fix for problems that ought to be addressed pastorally. It seems to be thought that the problems must reflect shortcomings in Reformed theology, when in fact they reflect shortcomings in Reformed practice. There's nothing wrong with our theology, except that we fail to live up to it. Our standards are not deficient; rather, our deportment is. Too often we fail to be in practice who we truly are in Christ. The solution to lives that are not what they should be is not theological reformulation, as Federal Vision proponents would claim, but faithful living within our already well-developed theological system. It is the best expression of Scripture that the church has, by God's guidance and grace, developed thus far.