The Christian, the Church and the State: Navigating a Delicate & Dangerous Matter

The following is largely a response I gave recently to a friend regarding this topic. I hope in some measure it helps others know how to think about and make decisions regarding the issues addressed. 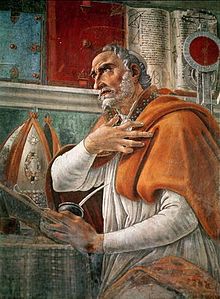 It is one thing for Christians to function within, as Augustine put it, “the city of God,” that is, within the Church and God’s Kingdom (the former is not to be simply equated with the latter; God’s Kingdom is a broader reality than the Church, although the Church is in God’s Kingdom) and another for them to function within the “city of Man”—part of which is expressed in “the State.” The two. the city of God and the city of Man are organically joined, and yet distinctly two different realities; they overlap, for now. According to Scripture, “The State” (Scripture does not use this term) is on its way to eternal destruction because it is in its fundamental character an expression of “the World” which “is passing away,” according to Jesus (1John 2:17). In 1John, much of the time when John refers to “world” he is not referring to the physical creation, but to sinful humanity in all its organized and unorganized life that rejects salvation in Jesus and is in rebellion against his Lordship. Yet, for now, the individual Christian and the corporate Church have their life in this physical creation shared with “the world.”

It seems to me, based on Scripture, that Jesus and the apostles, encouraged men and women who were involved in various ways and to varying degrees with the world to remain faithful to do their tasks required by, and, in the world, while also recognizing that their ultimate allegiance was to the Lord Jesus. As a result, they must be willing to suffer at the hands of unrighteous men and women. They did not teach Christians to make every decision and act an issue of, or an opportunity for pressing the most ultimate questions and matters so that they were an issue of martyrdom. The State has its own laws and methods of operation. True biblical Christianity when implemented is what is best for human flourishing. To the degree that the State recognizes this and affirms biblical truth to that degree the State will operate well, and what is best for all people will be enacted. But the State is run by people who to varying degrees and in various ways deny biblical truth and enact that which is detrimental to human flourishing.