PRECIOUS REMEDIES AGAINST SATAN'S DEVICES: DEVICE 7. By making the soul bold to venture upon the occasions of sin. 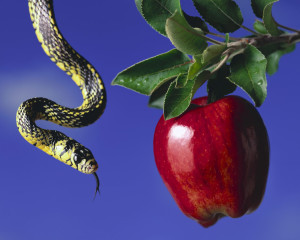 DEVICE 7. By making the soul bold to venture upon the occasions of sin.

Remedy (1). The first remedy is, solemnly to dwell upon those scriptures which expressly command us to avoid the occasions of sin, and the least appearance of evil (1 Thess. 5:22): 'Abstain from all appearance of evil.' Whatever is heterodox, unsound and unsavory, shun it, as you would do a serpent in your way, or poison in your food. Epiphanius says that in the old law, when any dead body was carried by any house, they were enjoined to shut their doors and windows. Theodosius tore the Arian's arguments presented to him in writing, because he found them repugnant to the Scriptures. Augustine retracted even ironies, because they had the appearance of lying.

When God had commanded the Jews to abstain from swine's flesh, they would not so much as name it—but in their common talk would call a sow another thing. To abstain from all appearance of evil, is to do nothing wherein sin appears, or which has a shadow of sin. Bernard 'Abstained from whatever is of evil show, or of ill report, that he may neither wound conscience nor credit.' We must shun and be shy of the very show and shadow of sin, if either we have a regard to. our credit abroad, or our comfort at home.

It was good counsel that Livia gave her husband Augustus: 'It behooves you not only not to do wrong—but not to seem to do so.' So Jude 23, 'And others save with fear, pulling them out of the fire, hating even the garment spotted by the flesh.' It is a phrase taken from legal uncleanness, which was contracted by touching the houses, the vessels, the garments, of unclean people. Under the law, men might not touch a menstruous cloth, nor would God accept of a blemished peace-offering. So we must not only hate and avoid gross sins—but everything that may carry a savor or suspicion of sin; we must abhor the very signs and tokens of sin. So in Prov. 5:8, 'Remove your way far from her, and come not near the door of her house.' He who would not be burnt, must dread the fire; he who would not hear the bell, must not meddle with the rope. One speaks of two young men that flung away their belts, when, being in an idol's temple, the laving water fell upon them, detesting, says the historian, the garment spotted by the flesh. One said, As often as I have been among vain men, I returned home less a man than I was before.

To venture upon the occasion of sin, and then to pray, 'Lead us not into temptation,' is all one as to thrust your finger into the fire, and then to pray that it might not be burnt. So, in Prov. 4:14, 15, you have another command: 'Enter not into the path of the wicked, and go not in the way of evil men: avoid it, pass not by it, turn from it, and pass away.' This triple gradation of Solomon shows with a great emphasis, how necessary it is for men to flee from all appearance of sin, as the seaman shuns rocks and shelves; and as men shun those who have the plague-sores running upon them. As weeds endanger the corn, as an infection endangers the blood, or as an infected house endanger the neighborhood; so does the company of the wicked endanger the godly. Friendship with wicked consorts is one of the strongest chains of hell, and binds us to a participation in both their sin and their punishment.

The fable says, that the butterfly asked the owl how she should deal with the fire which had singed her wings, who counseled her not to behold so much as its smoke.

Remedy (3). The third remedy against this device of Satan is, seriously to consider, That other precious saints, who were once glorious on earth, and are now triumphing in heaven, have turned from the occasion of sin, as hell itself; as you may see in Joseph (Gen. 39:10), 'And it came to pass, as she spoke to Joseph day by day, that he hearkened not unto her, to lie by her, or to be with her.' Joseph was famous for all the four cardinal virtues, if ever any were. In this one temptation you may see his fortitude, justice, temperance, and prudence, in that he shuns the occasion: for he would not so much as be with her. And what a man is indeed, that he is in a temptation, which is but a tap to give vent to corruption. The Nazarite might not only not drink wine—but not taste a grape, or the husk of a grape. The leper was to shave his hair, and pare his nails.

The devil knows that corrupt nature has a seed-plot for all sin, which being drawn forth and watered by some sinful occasion, is soon set a-work to the producing of death and destruction. God will not remove the temptation, until we remove the occasion to temptation. A bird whiles aloft is safe—but she comes not near the snare, without danger. The shunning the occasions of sin renders a man most like the godliest of men. A soul eminently gracious dares not come near the temptation. So Job 31:1, 'I made a covenant with my eyes not to look with lust upon a young woman.' I set a watch at the entrance of my senses, that my soul might not by them be infected or endangered. The eye is the window of the soul, and if that should be always open, the soul might smart for it. A man may not look intently upon that, that he may not love entirely. The disciples were set a-gog, by beholding the beauty of the temple. It is best and safest to have the eye always fixed upon the highest and noblest objects: as the mariner's eye is fixed upon the star, when their hand is on the stern. So David, when he was himself, he shuns the occasion of sin (Psalm 26:4, 5): 'I do not spend time with liars or go along with hypocrites. I hate the gatherings of those who do evil, and I refuse to join in with the wicked.'

Stories speak of some who could not sleep when they thought of the trophies of other worthies that went before them. The highest and choicest examples are to some, and should be to all, very quickening and provoking; and oh that the examples of those worthy saints, David, Joseph, and Job, might prevail with all your souls to shun and avoid the occasions of sin! Everyone should strive to be like them in grace, that they desire to be equal with in glory. He who shoots at the sun, though he be far short, will shoot higher than he who aims at a shrub. It is best, and it speaks out much of Christ within, to eye the highest and the worthiest examples.

Remedy (4). The fourth remedy against this device of Satan is, solemnly to consider, That the avoiding the occasions of sin, is an evidence of grace, and that which lifts up a man above most other men in the world. That a man is indeed, which he is in temptation; and when sinful occasions present themselves before the soul, this speaks out both the truth and the strength of grace; when with Lot, a man can be chaste in Sodom, and with Timothy can live temperate in Asia, among the luxurious Ephesians; and with Job can walk uprightly in the land of Uz, where the people were profane in their lives, and superstitious in their worship; and with Daniel can be holy in Babylon; and with Abraham, righteous in Chaldea; and with Nehemiah, zealous in Damascus, etc.

Many a wicked man is full of corruption—but shows it not for lack of occasion; but that man is surely godly, who in his course will not be bad, though tempted by occasions to sin. A Christless soul is so far from refusing occasions to sin, when they come in his way, that he looks and longs after them, and rather than he will go without them he will buy them, not only with love or money—but also with the loss of his soul! Nothing but grace can fence a man against the occasions of sin, when he is strongly tempted thereunto. Therefore, as you would cherish a precious evidence in your own bosoms of the truth and strength of your graces, shun all sinful occasions.

Plutarch says of Demosthenes, that he was excellent at praising the worthy acts of his ancestors—but not so at imitating them. Oh that this were not applicable to many professors in our times!