PRECIOUS REMEDIES AGAINST SATAN'S DEVICES: DEVICE 10. By working them to be frequent in comparing themselves and their ways, with those who are reputed or reported to be worse than themselves. 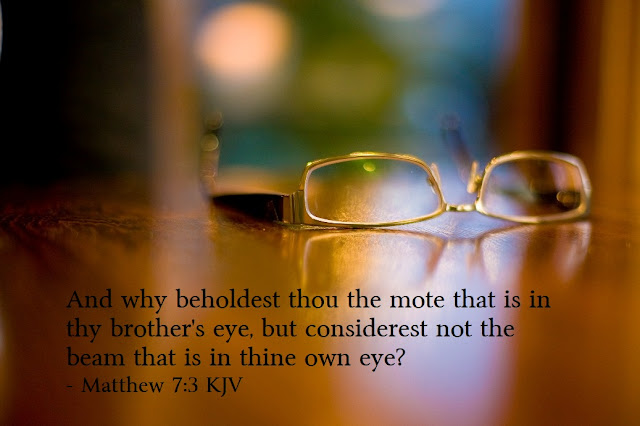 DEVICE 10. By working them to be frequent in comparing themselves and their ways, with those who are reputed or reported to be worse than themselves.

By this device the devil drew the proud pharisee to bless himself in a cursed condition, 'God, I thank you that I am not as other men are, extortioners, unjust, adulterers, or even as this tax-collector' (Luke 18:11). Why, says Satan—you are now and then a little lustful—but such and such do daily defile and pollute themselves by actual immorality and filthiness; you deceive and take advantage your neighbors in things that are but as toys and trifles—but such and such deceive and take advantage of others in things of greatest concernment, even to their ruin and undoing; you do but sit, and chat, and sip with the drunkard—but such and such sit and drink and are drunk with the drunkard; you are only a little proud in heart and habit, in looks and words.

Remedy (1). The first remedy against this device of Satan is, solemnly to consider this, That there is not a greater nor a clearer argument to prove a man a hypocrite, than to be quick-sighted abroad—and blind at home, than to see 'a mote in another man's eye, and not a beam in his own eye' (Matt. 7:3, 4); than to use spectacles to behold other men's sins rather than looking-glasses to behold his own; rather to be always holding his finger upon other men's sores, and to be amplifying and aggravating other men's sins—and mitigating of his own.

History speaks of a kind of witches that, stirring abroad, would put on their eyes—but returning home they boxed them up again. So do hypocrites.

Remedy (2). The second remedy against this device of Satan is, To spend more time in comparing of your internal and external actions with the Rule, with the Word, by which you must be judged at last—than in comparing of yourselves with those who are worse than yourselves. That man who, comparing his self with others that are worse than himself, may seem, to himself and others, to be an angel. Yet comparing himself with the word of God, may see himself to be like the devil, yes, a very devil. 'Have not I chosen twelve, and one of you is a devil?' (John 6:70). Such men are like him, as if they were spit out of his mouth.

The nearer we draw to God and his Word the more rottenness we shall find in our bones. The more any man looks into the body of the sun, the less he sees when he looks down again. It is said of the basilisk, that if he looks into a mirror he presently dies; so will sin, and a sinner (in a spiritual sense), when the soul looks into the Word, which is God's mirror.

Satan is called 'the god of this world' (2 Cor. 4:4), because, as God at first did but speak the word, and it was done, so, if the devil does but hold up his finger, give the least hint—they will obey his will, though they undo their souls forever. Ah, what monsters would these men appear to be, did they but compare themselves with a righteous rule, and not with the most unrighteous men; they would appear to be as black as hell itself.

Remedy (3). The third remedy against this device of Satan is, seriously to consider, That though your sins be not as great as those of others, yet without sound repentance on your side, and pardoning mercy on God's side—you will be as certainly damned as others, though not equally tormented with others. What though hell shall not be so hot to you as to others, yet you must as certainly go to hell as others—unless the glorious grace of God shines forth upon you in the face of Christ. God will suit men's punishments to their sins; the greatest sins shall be attended with the greatest punishments, and lesser sins with lesser punishments. (As in heaven one is more glorious than another, so in hell one shall be more miserable than another—Augustine.)

Alas, what a poor comfort will this be to you when you come to die, to consider that you shall not be equally tormented with others, yet must be forever shut out from the glorious presence of God, Christ, angels, and saints, and from those good things of eternal life, that are so many that they exceed number, so great that they exceed measure, so precious that they exceed estimation! Sure it is, that the tears of hell are not sufficient to bewail the loss of heaven; the worm of grief gnaws as painful as the fire burns. If those souls (Acts 20:37) wept because they should see Paul's face no more, how deplorable is the eternal deprivation of the beautific vision! The gate of blessedness, the gate of hope, the gate of mercy, the gate of glory, the gate of consolation, and the gate of salvation—will be forever shut against them (Matt. 25:10).

But this is not all: you shall not be only shut out of heaven—but shut up in hell forever; not only shut out from the presence of God and angels—but shut up with devils and damned spirits for ever; not only shut out from those sweet, surpassing, unexpressible, and everlasting pleasures that are at God's right hand—but shut up forever under those torments that are ceaseless, remediless and endless. Ah, souls, were it not ten thousand times better for you to break off your sins by repentance, than to go on in your sins until you feel the truth of what now you hear? It was a good saying of Chrysostom, speaking of hell: 'Let us not seek to figure out where it is—but how we shall escape it!'

God is very merciful. Ah, that you would repent and return, that your souls might live forever! Remember this, grievous is the torment of the damned for the bitterness of the punishments—but most grievous for the eternity of the punishments! For to be tormented without end—this is that which goes beyond the bounds of all desperation. Ah, how do the thoughts of this make the damned to roar and cry out for unquietness of heart, and tear their hair, and gnash their teeth, and rage for madness, that they must dwell in 'everlasting burnings' forever!

Surely one good means to escape hell is to take a turn or two in hell by our daily meditations.