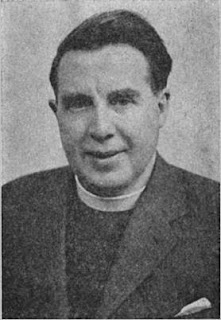 Introduction and a Brief Bio:

Murdoch Campbell was arguably the greatest Scottish Devotional writer of the the 20th Century. His books simple style have comforted many of the Lord’s People. I must admit that Memories of a Wayfaring Man is probably one of the most cherished and beneficial books I have ever read. Murdoch Campbell was also deeply aware of the history of Christ cause in the Highlands and there are numerous memories of it in his auto-biography as well as the book he devoted to the subject (Gleanings of Highland Harvest) shows a deep appreciation for the cause of Christ and a desire to preserve the memories of God’s work in the Highlands for the generations to come. It is his profound love for Christ and His Church coupled with his tender devotional style that has led me to publish this blog. I want others to glean from the spiritual depth and Highland religion of Murdoch Campbell.

Rev. Murdoch Campbell was born in Ness on the Isle of Lewis, Scotland. From an early age he had deep religious impressions. He would eventually be converted and study Divinity at the Free Church College, having a summer Pastorate in Fort William (as a student), Ontario and charges as an Ordained Minster in the Free Church of Scotland at Fort Augustus, Partick-Highland (Glasgow) and Resolis in Ross-shire . He was known for preaching in a deeply spiritual way to the soul of the Lord’s people as well as calling those who were unconverted to repentance and Faith in Christ. He is best remembered for his numerous devotional books on various subjects and his Spiritual Auto-biography Memories of a Wayfaring Man, as well as numerous other books.(which will be listed later.)