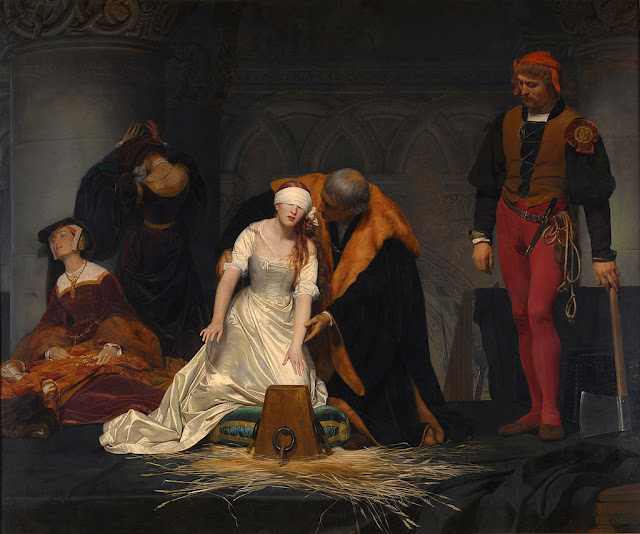 Women of the Reformation: Jane Grey, By Diana Severance - Posted at Credo:


When Jane Grey was told on July 9, 1553, that King Edward had died and she was to succeed him as Queen of England, she collapsed in weeping and tears. Though she had royal connections and heritage, sixteen-year-old Jane had not anticipated becoming queen.


A Seriousness and Delight for Learning

A precocious girl, Jane had been given a Renaissance education. She was fluent in French, Italian, Latin and Greek and could also read Hebrew. When she was ten she was sent to live in the household of Thomas Seymour, who had married Henry VIII’s widow, Catherine Parr. Catherine had a strong biblical faith, and Jane’s study and understanding of the Scriptures deepened while she was in Catherine’s house.

In 1550, when Jane was fourteen, Roger Ascham, the classical scholar and tutor to the future Elizabeth I, had stopped for a visit at the Greys’ home. He found everyone had gone hunting except Jane, who was reading Plato’s Phaedo in her room. When he asked why she wasn’t out enjoying herself with the others, Jane replied that they didn’t know what true pleasure was. When Ascham wondered how Jane found such pleasure in her studies, and she replied that the cruelty and harshness of her parents and the gentleness of her schoolmaster had encouraged her love of learning. Reading and her studies were a refuge from troubles at home. Jane’s seriousness and delight in learning so impressed Ascham, that he put Jane in contact with the German Reformer Martin Bucer, then teaching in Cambridge, and later with the Swiss Reformer Heinrich Bullinger. Jane corresponded with them in elegant Latin about theological issues, always thanking them for helping her in her spiritual walk.