Biography: 'John Foxe and His Book of Martyrs' 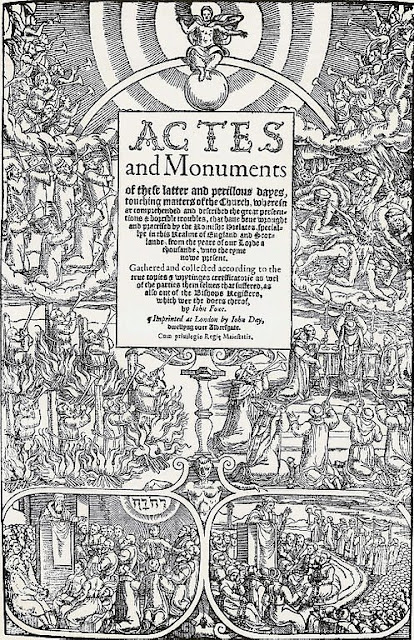 In every century there are examples of courageous Christians who were willing to lose their lives rather than deny their faith. One history-making book gathered many stories of martyrdoms and through its pages has inspired Christians for generations.

In 1563, Englishman John Foxe published his Acts and Monuments to give a universal history of God's work at building His church. Often called Foxe's Book of Martyrs, the history has become a Christian classic. There was a time when the Bible and Foxe's work were the only two books many Christians ever read.

John Foxe was born in 1516 in Boston, England, just as the Reformation began to dawn. The year Foxe was born, Erasmus published his New Testament in Greek; the year after Foxe's birth Martin Luther posted his 95 theses in Wittenberg. In 1534 Foxe went to Oxford to study theology. As Foxe read extensively in the Greek and Latin church fathers and compared them with the Roman church of his day, Foxe concluded the church had departed from the faith of the earliest Christians. At Oxford Foxe began to adopt Reformation views and also met the reformers Hugh Latimer and William Tyndale, two who would later become martyrs. Because he could no longer accept the theology of the Roman Church, Foxe lost his position at Oxford and could not be ordained to the priesthood. He married Agnes Randall of Coventry and for a time found work as a tutor in the household of William Lucy in Warwickshire. Then he moved to London where he sought work in vain.