What Do We Mean By Sacrament, Sign, And Seal? 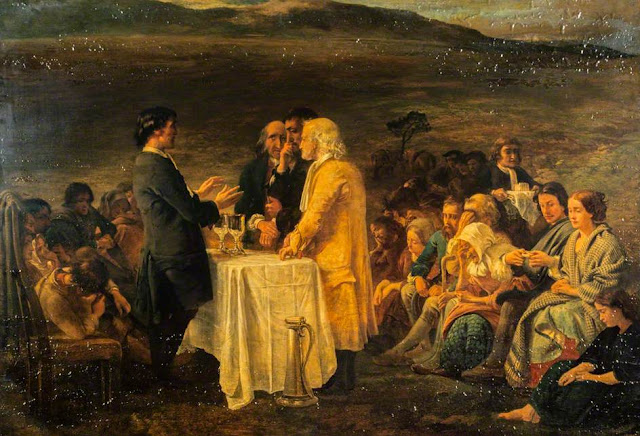 The Reformed churches and Reformed theologians (i.e., those who confess and teach within the bounds of the Reformed confessions, e.g., the French Confession (1559), the Scots Confession (1560), the Belgic Confession (1561), the Heidelberg Catechism (1563), the Second Helvetic Confession (1566), the Canons of Dort (1619), the Westminster Standards (1646–48), speak about baptism and the Lord’s Supper as “holy sacraments” and as “signs” and “seals.” Recently HB reader Barrett wrote to ask for a brief, simple explanation of these terms.

Sacrament
The word sacrament is widely used by a variety of Christian traditions but for some evangelicals it is a word that is associated with Romanism and a false view of baptism and the Lord’s Supper. Our English word sacrament is derived from the Latin military term, sacramentum, which was a military oath of loyalty. In the Latin translations of Scripture where the New Testament uses the term mystery the Latin text often uses the word sacramentum. Baptism and the Lord’s Supper were often described by the early church as “Christian mysteries.” In the 13th century, the medieval began to teach officially that there are 7 sacraments and that in the Lord’s Supper the mystery is that the elements are transformed into the actual body and blood of Christ. The concern for some evangelicals is that the word sacrament carries with it a connotation (an associated meaning) that signals that baptism and the supper work by magic because the Roman communion teaches that the sacraments (they confess 7 sacraments) necessarily confer grace upon the recipient because they work whenever they are used (ex opere operato). Thus, in some parts of the evangelical world the term “ordinance” is used instead.

It is true that Rome has added five false sacraments to the two instituted by our Lord (baptism and the supper) and that she has a false view of how they work. When the Reformed churches use the word sacrament, however, we do not mean by what Rome means. In the Heidelberg Catechism we define sacrament this way:

66. What are the Sacraments?
The Sacraments are visible holy signs and seals appointed of God for this end, that by the use thereof He may the more fully declare and seal to us the promise of the Gospel: namely, that of free grace, He grants us the forgiveness of sins and everlasting life for the sake of the one sacrifice of Christ accomplished on the cross.

We confess that, in the New Testament, our Lord instituted only two sacraments, baptism and the Lord’s Supper (or holy communion). We define them as “signs” and “seals.” We will get to what that means in a moment but the most important thing to know here is that we deny the Roman view that sacraments necessarily give new life (e.g., baptismal regeneration) or that “by the working it is worked” or that the elements of the Lord’s Supper are transformed into the literal body and blood of Christ (transubstantiation). The operative verb in our definition is a preaching word: declare. They speak. They announce. Their power lies not in doing but saying.