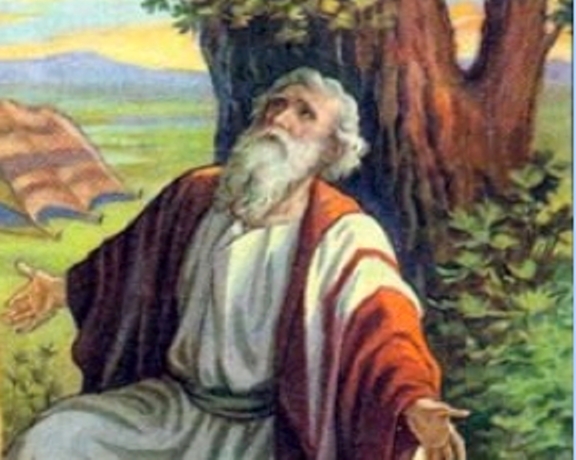 Further than this, we must never forget that circumcision is not just a sign through the years of Abraham's faith, but it is a sign of the faith of the individual father. The case of the proselyte and his child proves this. Exodus 12:48; "And when a stranger shall sojourn with thee, and will keep the Passover to the Lord, let all his males be circumcised, and then let him come near and keep it; and he shall he as one that is born in the land: for no uncircumcised person shall eat thereof." In other words, when a Gentile became a true believer in the living God and wanted to have a part in the religious observances of the Passover, first of all he had to be circumcised, but all his children had to be circumcised too. Thus, circumcision was the sign of personal faith and not just the faith of Abraham.

Therefore, this Jew, saved in the early Christian era, would remember that not only was the promise made to Abraham primarily spiritual, but the outward seal, that was given to show the individual's faith, was also primarily to be of spiritual meaning.

Sign Applied to Infants
Now, however, realizing that baptism in the New was what circumcision was in the Old, the Jew of whom we are speaking, saved in the early days of the Christian era, would also know that, in the Old Testament, circumcision as a sign of personal faith was applied not only to the believer himself, but also to all the boy babies in the home.

In applying this sign to the boy babies in the Old Testament, circumcision was still primarily spiritual and not just national. The sign was applied not only to Isaac who was the sole representative of the racial blessing, but to Ishmael as well. Deuteronomy 30:6 makes it plain that the circumcision of the child was primarily spiritual just as was the circumcision of the adult. "And the Lord thy God will circumcise thine heart, and the heart of thy seed, to love the Lord thy God with all thine heart, and with all thy soul, that thou mayest live."

The Jew living in the early New Testament days would know something further. He would know that in the Old Testament there were two great ordinances the Passover and Circumcision. I Corinthians 5:7, 8, as well as the fact that Christ instituted the Lord's Supper at the time of the Passover meal, makes it plain that the Lord's Supper took the place of the Passover. Colossians 2:11, 12 and the other facts which we have considered make it evident that baptism took the place of circumcision.

These things all being so, it would be impossible for the saved Jew not to expect that, as in the Old Testament the Covenant sign was applied to the believer's child, so also the sign of his faith, baptism, should likewise be applied to his child. Why should he expect less in this dispensation of fullness than he would have possessed in the Old Testament era?