How May I Know I Am Saved? 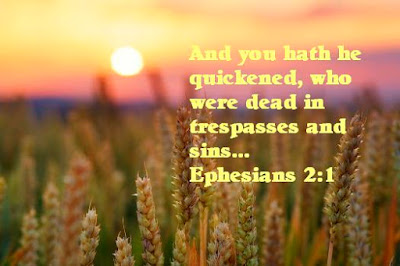 By John Hendryx - Posted at Monergism:

A. W. Pink answers the question this way:

First, by the Word of God having come in divine power to the soul so that my self-complacency is shattered and my self-righteousness is renounced. Second, by the Holy Spirit convicting me of my woeful, guilty, and lost condition. Third, by having had revealed to me the suitability and sufficiency of Christ to meet my desperate case and by a divinely given faith causing me to lay hold of and rest upon Him as my only hope. Fourth, by the marks of the new nature within me - a love for God; an appetite for spiritual things; a longing for holiness; a seeking after conformity to Christ. Fifth, by the resistance which the new nature makes to the old, causing me to hate sin and loathe myself for it. Sixth, by avoiding everything which is condemned by God's Word and by sincerely repenting of and humbly confessing every transgression. Failure at this point will surely bring a dark cloud over our assurance causing the Spirit to withhold His witness. Seventh, by giving all diligence to cultivate the Christian graces and using all diligence to this end. Thus the knowledge of election is cumulative."


Visitor: What if someone (not myself) does not find in their life these signs that they are among the elect? Should they then conclude that they are not elect, and despair? After all, if they are not elect they are wasting their time trying to repent, according to this kind of theology. Or should they do what the Bible tells them to do, repent and turn to Christ? Should they believe the truth in it which some seem to deny, that "Everyone who calls on the name of the Lord will be saved", whether or not they exhibit any signs of being elect?