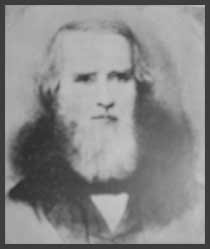 The history of the Reformed Presbyterian Church in Randolph County, Illinois, goes back to the year 1818. To the Rev. Samuel Wylie belongs the credit of the planting of the church. He was born in County Antrim, Ireland, February 19, 1790; came to the United States in 1807; entered the University of Pennsylvania, where he graduated in the class of 1811; prepared for the ministry in the Theological Seminary at Philadelphia, under the care of his uncle, Dr. Samuel Brown Wylie, and was licensed to preach in May, 1815, at Philadelphia, by the Middle Presbytery.

In the summer of 1817 he visited various places in the West, passing through Illinois and continuing his travels as far as Boonville, Missouri. One his return he again passed through Illinois and spent the winter in supplying the vacancies in Tennessee and South Carolina.

At the meeting of the Synod in Pittsburgh in the latter part of May, 1818, he reported his travels and the prospect for church extension in the West. Synod ordered the Middle Presbytery to take him on trial for ordination, and he was accordingly ordained in Pittsburgh, PA, on the 2nd of June, 1818, and sent as a missionary to Southern Illinois. Mr. Wylie reached Kaskaskia the last day of July following and immediately entered upon his work.

The field of operation at first was Randolph county, though it afterward embraced parts of Perry, Washington and St. Clair. A number of families belonging to the Associate Reformed church in South Carolina had moved into the county early in the [1800’s], and made a settlement near the present town of Preston. They had been organized into a congregation by Rev. S. Brown, of Kentucky, a number of years before Mr. Wylie’s arrival, and being without preaching from their own ministers, by request, Mr. Wylie made his principal preaching place with them. Members of the Reformed Presbyterian church began to come in. James M. Gray was the first to arrive. He came in October, and was followed immediately by his father-in-law, James Wilson, and family. They came from near Vincennes, Indiana, where they had lived a number of years after leaving South Carolina. They first settled near Kaskaskia, but finally located about three miles south of Sparta.
Read more here.
Labels: Presbyterian History