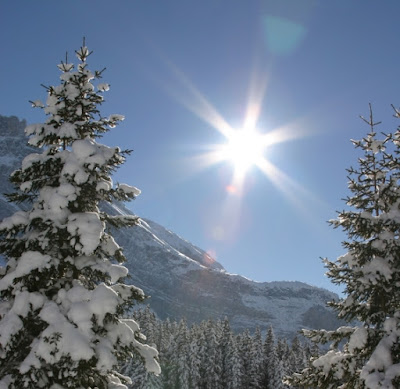 Posted at A Puritan's Mind:

Is Christmas Scriptural? What do you think?

I want to thank the Committee on Christian Education for remaining faithful to the Orthodox Presbyterian tradition of respecting minority views that are firmly rooted in Presbyterian and Reformed history. I therefore gladly avail myself of the privilege to express myself on the subject of Christmas.

It is seldom understood today that there was a time when such days as Christmas were generally regarded as lacking any warrant from Scripture. But listen to the careful statement of Idzerd Van Dellen and Martin Monsma in The Church Order Commentary (Zondervan, 1941). Under the heading of “The Original Position of the Reformed Churches regarding Special Days,” they say this on page 273:

“During the early days of the Reformation some Reformed localities observed only Sunday. All special days sanctioned and revered by Rome were set aside. Zwingli and Calvin both encouraged the rejection of all ecclesiastical festive days. In Geneva all special days were discontinued as soon as the Reformation took a firm hold in that city. Already before the arrival of Calvin in Geneva this had been accomplished under the leadership of Farel and Viret. But Calvin agreed heartily. And Knox, the Reformer of Scotland, shared these same convictions, he being a disciple of Calvin in Geneva. Consequently the Scottish Churches also banned the Roman sacred days.”

It is my conviction that this view alone is fully consistent with Scripture and the Reformed Confessions. I say this for the following reasons:

2. It is quite evident from the apostolic writings that there was no such day as Christmas in the apostolic churches. They did not have it for the simple reason that this was not one of the things that Jesus had commanded.

3. The question, therefore, comes down to this: were the teachings and practices of the apostles sufficient to establish the practices that Christ himself authorized for his churches? The modern church quite obviously says no. But men such as Zwingli, Knox, and Calvin said yes. I believe these men were right.