Consider Jesus– in the Forgiveness of Injury 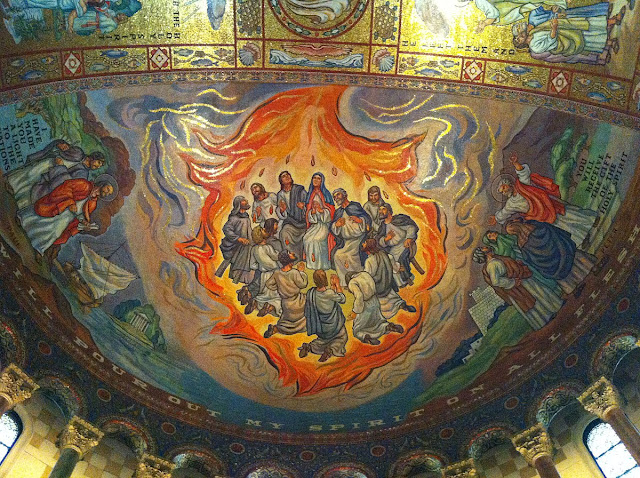 
If the Christian precept of FORGIVENESS be estimated by the magnitude of the injury forgiven, then these words of Jesus present to our view a forgiveness of an inconceivable and unparalleled injury. The greatest crime man ever committed was the crucifixion of the Son of God; and yet, for the forgiveness of that crime, the Savior prays at the very moment of its perpetration, fully persuaded of the sovereign efficacy of the blood His enemies were now shedding, to blot out the enormous guilt of the sin of shedding it.

This interceding prayer of Jesus for His murderers was in the sweetest harmony with all He had previously taught. On no gospel precept did He seem to lay greater stress than the precept of forgiveness of injury. "FORGIVE, and you shall be forgiven." "When you stand praying, FORGIVE, if you have anything against any." "But if you do not FORGIVE, neither will your Father who is in heaven forgive you your trespasses." "How often shall my brother sin against me, and I FORGIVE him? Until seven times? Jesus says unto him, I say not unto you, Until seven times, but UNTIL SEVENTY TIMES SEVEN." Where shall we find any Christian precept enjoined in our Lord's teaching so lucidly explained, so frequently enforced, or so impressively illustrated, as the forgiveness of injury?

Thus, what Jesus taught in His preaching, He embodied in His example. In addition to this prayer for His murderers, uttered amid the insults and tortures they were at that moment inflicting--see Him healing the ear of one of the band sent to arrest Him; see Him turning a look of forgiving love upon the penitent dying at His side; listen to the charge He gave to His apostles after His resurrection, to 'begin' their work of unfolding the message of salvation 'at Jerusalem,' whose inhabitants were to be the first to drink of the Rock they had smitten, and the first to wash in the blood they had shed. Oh, was ever forgiveness of injury like Christ's? My soul, sit down at His feet, yes, beneath His cross, and learn the lesson now so solemnly taught, and so touchingly enforced, even the lesson of forgiving and praying for your enemies, and for all who despitefully use you--"Father, forgive them!"

We cannot pass through an ungodly world, nor even mingle with the saints, and not be often unjustly misrepresented, strangely misunderstood, and unkindly wounded. The lily grows among thorns; the lamb goes forth among wolves. So Jesus reminded His disciples. And yet it is the saddest thought of all that, our deepest wounds are those which we receive in the house of our friends. There are no injuries so unexpectedly inflicted, or so keenly felt, as those which we receive from our fellow-saints.

But, oh, the blessedness of writing as Christ did, those injuries upon the sands, which the next flood-tide of forgiving love shall instantly and utterly efface! Standing before this marvelous spectacle of forgiveness--Christ on the cross praying for His slayers--what true believer in Jesus can think of the wrong done to himself, the injustice inflicted, the pain produced, and yet harbor in his heart a revengeful, unforgiving spirit? My soul, go to the brother who has offended, to the sister who has wounded you, and say, "In lowly imitation of my Savior, I FORGIVE you all that wrong." "Therefore, as God's chosen people, holy and dearly loved, clothe yourselves with compassion, kindness, humility, gentleness and patience. Bear with each other and forgive whatever grievances you may have against one another. Forgive as the Lord forgave you." Col. 3:12-13

This prayer of Jesus was ANSWERED. On the Day of Pentecost among the three thousand converts were many of His murderers, who, pierced in their heart, washed in the fountain their own hands had opened, and were forgiven. So soon did God answer the prayer of His Son! Let us, like Jesus, "pray for those who despitefully use us." Who can tell how soon God may answer, turn their hearts, convert and save them?