Consider Jesus– in the Anticipation of Death 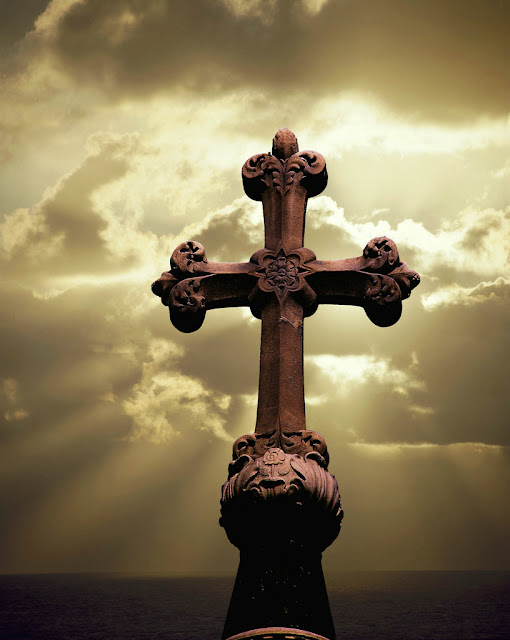 
There were some expressions of feeling in our Lord's life which can only be accounted for on the ground of His perfect humanity. Such, for example, as His apparent shrinking from suffering and death. And this, in its turn, can only find a solution in the fact that, He was not suffering as a common sufferer, but as the Sin-Bearer of His Church. We read of martyrs going to the stake displaying, apparently, much more fortitude than Jesus did in view of His death. The reason is obvious. In the case of the Christian martyr there was no burden of sin, no mental anguish increasing the tortures through which they passed to glory. The sense of God's forgiving love, and of acceptance in Christ, transformed the fiery chariot in which they ascended to heaven into a 'chariot of love'.

But the case of our Lord Jesus was essentially and totally different. His holy soul was suffering for the sins of His Church, and this was the cause of the shrinking and the cry in the garden of Gethsemane--"If it is possible, let this cup pass from me." He bore in His sufferings the burden of their sins, while they in theirs bore only the burden of His love. But what comfort springs from this consideration of Jesus shrinking from suffering and death, to those who are expecting the near approach of the hour of their dissolution!

Consider Jesus as having Himself TASTED death. What a comfort is this fact! He knows what death really is. He tasted its bitterness, was pierced by its dart, felt its sting, and at length succumbed to the foe. He died! Thus, He can enter into your expectancy, fear, and shrinking, in view of this terrible crisis of your being, as no being on earth, or even in heaven, can. The glorified spirits look back upon death, but you are looking forward to death, and in its solemn anticipation there is but One Being in the universe who can deliver you from its bondage and its fear, That being is--JESUS.

But Jesus not only died, but, in dying, He OVERCAME and ABOLISHED death. It is no longer in the experience of the believer in the Lord Jesus death to die. Jesus has, in a sense, so annihilated death, so entirely absorbing it in His own Essential life, that He has declared; "If a man keeps my saying, he shall not SEE death." What an entire abolishment of death, must that be when a dying believer shall not see death! Yes, O my soul! looking in simple faith to your Savior, you shall see JESUS ONLY in that solemn moment. So entirely will He fill the whole scope of your vision, that death will be an invisible object--the pale messenger entirely hidden from your view by the personal sufficiency, beauty, and presence of Jesus. Glorious Savior! veiling the foe so long and so painfully dreaded, my dying eye will see You only--death's illustrious Victim, yet death's triumphant Conqueror.

Be not, then, O my soul! distressed in the prospect of your departure. Christ has come to "deliver those who, through fear of death, were all their lifetime subject to bondage." Alas! through lack of faith in Jesus, we suffer a thousand deaths in anticipation, while in reality we shall not suffer one! "Those who SLEEP in Jesus" is the epitaph which the Holy Spirit inscribes over the dust of every believer in Him. Away, then, with your fears, O my soul! Learn to die daily to sin, to self, to the world; and then from the valley of the shadow of death will ascend, as you pass down, the triumphant shout, "Thanks be unto God, who gives me the victory through our Lord Jesus Christ."

O You! from whose belt hang the keys of Hades and of death; go ahead of the "last enemy" with Your grace, accompany him with Your presence, and follow him with Your power; then shall I fear no evil, but fall asleep in Your arms and wake up in Your likeness.

"It is not death when souls depart,
If You depart not from the soul."