PRECIOUS REMEDIES AGAINST SATAN'S DEVICES: Device 4. By presenting to the soul the best men's sins, and by hiding from the soul their virtues 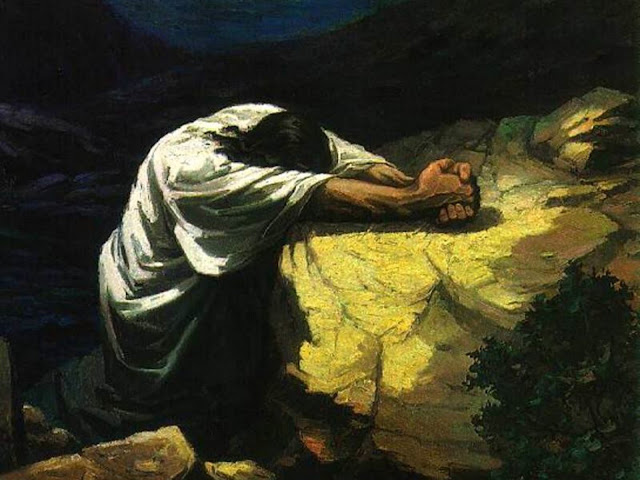 Remedy (1). The first remedy against this device of Satan is, seriously to consider, That the Spirit of the Lord has been as careful to note the saints' rising by repentance out of sin, as he has to note their falling into sins. David falls fearfully—but by repentance he rises sweetly. 'Blot out my transgressions, wash me thoroughly from my iniquity, cleanse me from my sin; for I acknowledge my transgressions, and my sin is ever before me. Purge me with hyssop, and I shall be clean; wash me, and I shall be whiter than snow; deliver me from blood-guiltiness, O God, God of my salvation.' It is true, Hezekiah's heart was lifted up under the abundance of mercy that God had cast in upon him; and it is as true that Hezekiah humbled himself for the pride of his heart, so that the wrath of the Lord came not upon him, nor upon Jerusalem, in the days of Hezekiah. It is true, Job curses the day of his birth, and it is as true that he rises by repentance: 'Behold, I am vile,' says he; 'what shall I answer you? I will lay my hand upon my mouth. Once have I spoken—but I will not answer; yes twice—but I will proceed no further. I have heard of you by the hearing of the ear—but now my eye sees you; wherefore I abhor myself, and repent in dust and ashes' (Job 40:4, 5; 42:5, 6). Tertullian says that he was born for no other purpose but to repent.

Peter falls dreadfully—but rises by repentance sweetly; a look of love from Christ melts him into tears. He knew that repentance was the key to the kingdom of grace. As once his faith was so great that he leaped, as it were, into a sea of waters to come to Christ; so now his repentance was so great that he leaped, as it were, into a sea of tears, because he had denied Christ. Some say that, after his sad fall, he was ever and always weeping, and that his face was even furrowed with continual tears. He had no sooner took in poison but he vomited it up again, before it got to the vitals; he had no sooner handled this serpent but he turned it into a rod to scourge his soul with remorse for sinning against such clear light, and strong love, and sweet discoveries of the heart of Christ to him. Luther confesses that, before his conversion, he met not with a more displeasing word in all his study of divinity than repent—but afterward he took delight in the word. Clement notes that Peter so repented, that all his life after, every night when he heard the cock crow, he would fall upon his knees, and, weeping bitterly, would beg pardon of his sin. Ah, souls, you can easily sin as the saints—but can you repent with the saints? Many can sin with David and Peter, that cannot repent with David and Peter—and so must perish forever!

Theodosius the emperor, pressing that he might receive the Lord's supper, excuses his own foul act by David's doing the like; to which Ambrose replies, You have followed David transgressing, follow David repenting, and then think you of the table of the Lord.

Remedy (2). The second remedy against this device of Satan is, solemnly to consider, That these saints did not make a trade of sin. They fell once or twice, and rose by repentance, that they might keep the closer to Christ forever. They fell accidentally, occasionally, and with much reluctancy; and you sin presumptuously, obstinately, readily, delightfully, and customarily. The saints cannot sin with a whole will—but, as it were, with a half-will, an unwillingness; not with a full consent—but with a dissenting consent. You have, by your making a trade of sin, contracted upon your soul a kind of cursed necessity of sinning, that you can as well cease to be, or cease to live, as you can cease to sin. Sin is, by custom, become as another nature to you, which you can not, which you will not lay aside, though you know that if you do not lay sin aside, God will lay your soul aside forever; though you know that if sin and your soul do not part, Christ and your soul can never meet. If you will make a trade of sin, and cry out—Did not David sin thus, and Noah sin thus, and Peter sin thus? No! their hearts turned aside to folly one day—but your heart turns aside to folly every day (2 Peter 2:14, Prov. 4:6); and when they were fallen, they rise by repentance, and by the actings of faith upon a crucified Christ. But you fall, and have no strength nor will to rise—but wallow in sin, and will eternally die in your sins, unless the Lord be the more merciful to your soul. Do you think, O soul, this is good reasoning? — Such a one tasted poison but once, and yet narrowly escaped; but I daily drink poison, yet I shall escape. Yet such is the mad reasoning of vain souls. David and Peter sinned once foully and fearfully; they tasted poison but once, and were sick to death; but I taste it daily, and yet shall not taste of eternal death. Remember, O souls! that the day is at hand when self-flatterers will be found self-deceivers, yes, self-murderers! Though sin dwells in the regenerate, yet it does not reign over the regenerate; they rise by repentance.

Remedy (3). The third remedy against this device of Satan is, seriously to consider, That though God does not, nor never will, disinherit his people for their sins, yet he has severely punished his people for their sins. David sins, and God breaks his bones for his sin: 'Make me to hear joy and gladness, that the bones which you have broken may rejoice' (Psalm 51:8). 'And because you have done this, the sword shall never depart from your house, to the day of your death' (2 Sam. 12:10). Though God will not utterly take from them his loving-kindness, nor allow his faithfulness to fail, nor break his covenant, nor alter the thing that is gone out of his mouth, yet will he 'visit their transgression with the rod, and their iniquity with stripes' (Psalm 89:30, 35). The Scripture abounds with instances of this kind. This is so known a truth among all that know anything of truth, that to cite more scriptures to prove it would be to light a candle to see the sun at noon. Josephus reports that, not long after the Jews had crucified Christ on the cross, so many of them were condemned to be crucified that there were not places enough for crosses nor crosses enough for the bodies that were to be hung thereon.

The Jews have a proverb, 'That there is no punishment comes upon Israel in which there is not one ounce of the golden calf'; meaning that that was so great a sin, as that in every plague God remembered it; that it had an influence into every trouble that befell them. Every man's heart may say to him in his sufferings, as the heart of Apollodorus in the kettle, 'I have been the cause of this.' God is most angry when he shows no anger. God keep me from this mercy; this kind of mercy is worse than all other kind of misery.

One writing to a dead friend has this expression: 'I account it a part of unhappiness not to know adversity; I judge you to be miserable, because you have not been miserable.' Luther says, 'There is not a Christian that carries not his cross.' It is mercy that our affliction is not execution—but a correction. He who has deserved hanging, may be glad if he escape with a whipping. God's corrections are our instructions, his lashes our lessons, his scourges our schoolmasters, his chastisements our admonitions. And to note this, both the Hebrews and the Greeks express chastening and teaching by one and the same word (Musar, Paideia),*** because the latter is the true end of the former, according to that in the proverb, 'Smart makes wit, and vexation gives understanding.' Whence Luther fitly calls affliction The Christian man's divinity.' So says Job (Chap. 33:14-19), 'But God speaks again and again, though people do not recognize it. He speaks in dreams, in visions of the night when deep sleep falls on people as they lie in bed. He whispers in their ear and terrifies them with his warning. He causes them to change their minds; he keeps them from pride. He keeps them from the grave, from crossing over the river of death. Or God disciplines people with sickness and pain, with ceaseless aching in their bones.' When Satan shall tell you of other men's sins to draw you to sin—then think of the same men's sufferings to keep you from sin. Lay your hand upon your heart, and say, O my soul! if you sin with David, you must suffer with David!

Remedy (4). The fourth remedy against this device of Satan is, solemnly to consider, That there are but two main ends of God's recording of the falls of his saints.

And the one is, to keep those from fainting, sinking, and despair, under the burden of their sins, who fall through weakness and infirmity.

And the other is, that their falls may be as landmarks to warn others to take heed lest they fall. It never entered into the heart of God to record his children's sins, that others might be encouraged to sin—but that others might look to themselves, and hang the faster upon the skirts of Christ, and avoid all occasions and temptations that may occasion the soul to fall, as others have fallen, when they have been left by Christ. The Lord has made their sins as landmarks, to warn his people to take heed how they come near those sands and rocks, those snares and baits, that have been fatal to the choicest treasures, namely—the joy, peace, comfort, and glorious enjoyments of the bravest spirits and noblest souls that ever sailed through the ocean of this sinful troublesome world; as you may see in David, Job, and Peter. There is nothing in the world that can so notoriously cross the grand end of God's recording of the sins of his saints, than for any from thence to take encouragement to sin; and wherever you find such a soul, you may write him Christless, graceless, a soul cast off by God, a soul that Satan has by the hand, and the eternal God knows where he will lead him. I have known a good man, says Bernard, who, when he heard of any that had committed some notorious sin, he was accustomed to say with himself—he fell today, so may I tomorrow.