The URCNA Committee Report On The Federal Vision 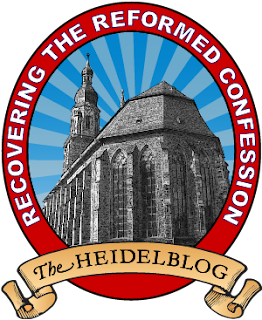 Posted at The Heidelblog:

4. Justification by the Instrument of an “Obedient Faith”
In the writings of FV authors, however, faith, even in respect to its instrumentality for justification, is defined differently. Norman Shepherd, for example, persistently speaks of the instrument of justification as a “living,” “obedient” faith (or “faithfulness”). Rather than distinguishing between faith as instrument of justification and the works that such faith produces, Shepherd insists that faith justifies by virtue of the obedience it produces. The “works” that are excluded, when we speak of justification “by faith alone,” are only those works that are performed in order to “merit” acceptance and favor with God. Once the whole idea of “merit” or “meritorious” works is rejected, we may speak of one “method of justification” that holds for Adam (and all men in Adam) before the Fall, for Christ himself, and for all believers. The one method of justification in the covenant relationship before the Fall and after the Fall involves God’s crediting the believer’s obedient faith for righteousness. Though Shepherd acknowledges that there is an additional factor in the post-Fall state, namely, the provision for the believer’s forgiveness on the basis of the sacrifice of Christ on the cross, he maintains that justification always is obtained by way of an active, obedient faith. It is by way of the obedience of faith that the believer finds, maintains, and ultimately enjoys acceptance and favor with God. The problem with this understanding of faith in relation to justification is that it commits what Ursinus in his commentary on the Heidelberg Catechism calls a “fallacy of composition.” Though it may be true that justifying faith is “not alone,” it is not true that the works of faith belong to faith as an instrument of justification. The contrast between faith and works in respect to the believer’s justification is absolute (Rom. 3:27; 4:6, 13; 9:11; 11:6; Gal. 2:16; Tit. 3:5; Eph. 2:9). No human works, not even those “fruits of thankfulness” that God graciously rewards in the believer, play any role instrumental to the justification of believers. All of our works are unable to meet the standard of perfect righteousness that is revealed in the holy law of God. Such works cannot be the whole or the part of our righteousness before God. They merit nothing so far as our righteousness before God is concerned. The persistent and studied ambiguity of FV authors like Norman Shepherd compromises this truth in the most fundamental manner. By redefining faith in its instrumental role for justification to include the non-meritorious works that true faith produces, human works are made to be constitutive of the way believers are justified.